Push the Limits with the World Famous Harlem Globetrotters

Don’t miss your chance to get up close and personable with a star-stuffed roster including Big Easy Lofton, Hi-Lite Bruton, and woman stars TNT Lister, Swish Sutton, and Torch George*. Every show features a blend of hilarious hijinks and incredible basketball skills including ball handling, high flying dunks, and a new record-breaking attempt. The Harlem Globetrotters are a one-of-a-kind experience putting a new spin on family time. You won’t want to miss these memories worth repeating, so get your ticket today!

Launched in December, Globetrotters’ fans will experience even bigger moments and memories, including a live world record attempt at each game. Plus, many markets will feature a glow in the dark performance. The “Pushing the Limits” World Tour, which officially tipped off on Dec. 26, will up the ante and create even bigger moments and memories for Globetrotter fans. The Hall of Fame team’s 94th consecutive year will feature over 280 games through April in North America. Tickets are now on sale at harlemglobetrotters.com and start at $20.00.

New to this year’s tour, and never been done before, include:

As part of the tour, the Globetrotters will celebrate the 10th anniversary of the four-point shot, a shot 30-feet from the basket which they introduced to the sport in 2010. The team will also bring back its popular “Magic Pass” pre-game event, which enables fans to come onto the court, meet their favorite Globetrotters for pictures and autographs, and even learn how to spin a ball on their finger just like the stars.

“The Globetrotters have always been entertainers and innovators, and this season will be no exception,” said Head Coach and Globetrotter legend Lou Dunbar. “Our fans have come to expect more than just a great show, and this season promises to deliver more entertainment and excitement than ever before. We can’t wait to get the season started and create memories that last a lifetime!”

The Harlem Globetrotters® are legendary worldwide, synonymous with one-of-a-kind family entertainment and great basketball skills for the past 93 years. Throughout their history, the Original Harlem Globetrotters have showcased their iconic talents in 124 countries and territories on six continents, often breaking down cultural and societal barriers while providing fans with their first-ever basketball experience. Proud inductees of the Naismith Memorial Basketball Hall of Fame, the Globetrotters have entertained hundreds of millions of fans – among them popes, kings, queens, and presidents – over nine thrilling decades. The Ambassadors of Goodwill are sponsored by Baden Sports, the Official Basketball, Champion, the Official Uniform & Apparel provider, Tum-e Yummies, the Official Fruit Flavored Drink, Carnival Cruise Line, Inc., Heelys, and Nationwide Children’s Hospital. Harlem Globetrotters International, Inc. is a wholly-owned subsidiary of Herschend Enterprises, the largest family-owned themed entertainment company in the U.S. For the latest news and information about the Harlem Globetrotters, visit the Globetrotters' official Web site: www.harlemglobetrotters.com and follow them on Twitter @Globies. 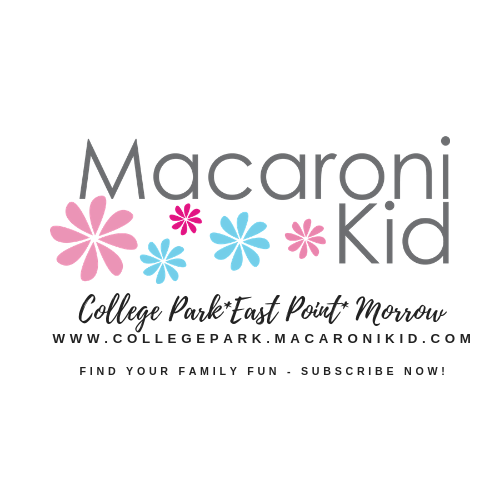 Macaroni Kid College Park East Point Morrow is a free hyper-local weekly newsletter and website focused on fun family events and activities for kids in College Park, East Point, City of South Fulton, Morrow, Union City, City of South Fulton, Forest Park, Hapeville, Jonesboro, Riverdale, Rex, Lake City, and the surrounding areas. We gather together all kinds of local family events and activities each week and add useful information about classes, family-focused businesses, product reviews, recipes, crafts, school and camp guides, and more. We are your go-to-guide for kids' activities in South Fulton County and North Clayton County. For more articles like this delivered to your inbox once per week, please subscribe here. If you have an extraordinary event that you would like to share in our community, you can submit it for free here.

Could Your Name Go Here?

If you've ever thought that running this Macaroni Kid edition looks like a fun job, you'd be right! So guess what? Now's the time! We have an opening for a publisher for this site! Click here to find out how to join our team today!